In this video, Jack scores three goals in one game against a presumably good team. Jack loves his soccer and he’s pretty good at it because he practices all the time.

He loves it so much that he wears soccer jerseys everywhere. He even wants to wear the entire kit to school, socks, shorts jersey. He wears them every day. We wonder if it’s bad for him, his entire identity tied up in soccer. He says stuff like “when I’m a famous soccer player I’ll have three houses.”

We want him to do well in school…I know it’s only a remote possibility that he doesn’t end up on FC Barcelona or FC Bayern…if that occurs, then we want him to have something to fall back on. On the one hand, my brother says “let him self actualize” and buy him all the cleats he wants, even if he has four pairs already that he’ll out grow in two months.

In any case, I’m way too involved and shouldn’t care as much as I do. I can’t drink coffee before his match and it effects me when they lose or if he doesn’t play well. It depresses me. Deep inside I know that the most important thing is that he have fun. Nothing else matters. 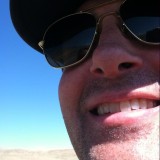